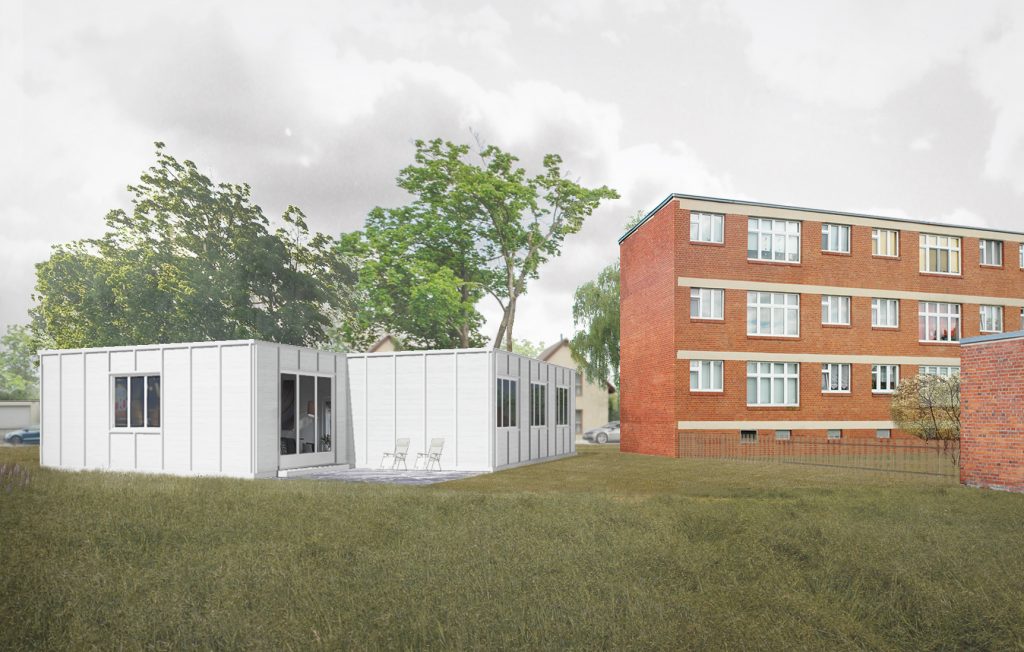 In a kind of re-enactment of the realization of the deck-access-buidlings in 1930 by students of the architecture department of the Bauhaus under the direction of Hannes Meyer, the Growing House of Ludwig Hilberseimer is now realized in a design/build process. Based on the plans of the students of the University of Kassel, the house is built by them under the guidance of the building collective "Constructlab" in a do-it-yourself construction method. Similar to the New Master Houses, the "reconstruction" is an innovative appropriation.

The growing house in Dessau Törten, Mittelbreite 12, is located just besides the Laubengang houses that were built by the bauhaus in 1930 and have been appointed world cultural heritage in 2017.

In Dessau, the house is intended to tell and make visible a forgotten but important Bauhaus story, as well as to serve as a stimulus to think about and try out future uses of the place in Mittelbreite 12. The construction has been developed in such a way that the house can be erected and dismantled quickly and easily and can therefore be relocated. With the wandering of the house also the use can change, the principle remains thereby. The use is seasonal, as thermal insulation according to today's standards has been dispensed with in order not to distort the character of the historical planning. After one and a half years of presence in Dessau, the Growing House is to move on to Haus Lemke by Mies van der Rohe in Berlin. The museum wants a kind of visitor centre where the necessary service stations can be accommodated in order to make Haus Lemke fully accessible to visitors.

Design/ Build means that students not only design the building but also build it themselves. This practice, which is pursued in many places today, emerged in the 1960s as a result of criticism of the traditional understanding of the roles of architects and planners and the usual forms of education. Its predecessor is Taliesien West by Frank Lloyd Wright, the Black Mountain College and Bauhaus Dessau. It was here that Hannes Meyer first realised construction projects together with students. 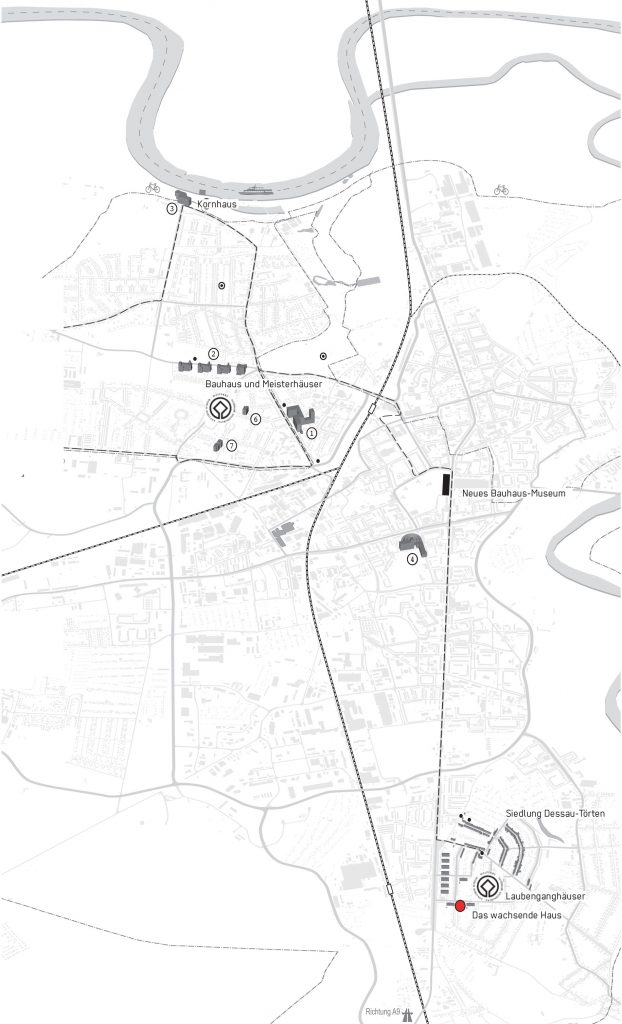 The settlement Dessau Törten is located south of the city centre of Dessau and can be easily reached via train (station Dessau-Süd) as well as via tramway or with the bauhaus-bus line. 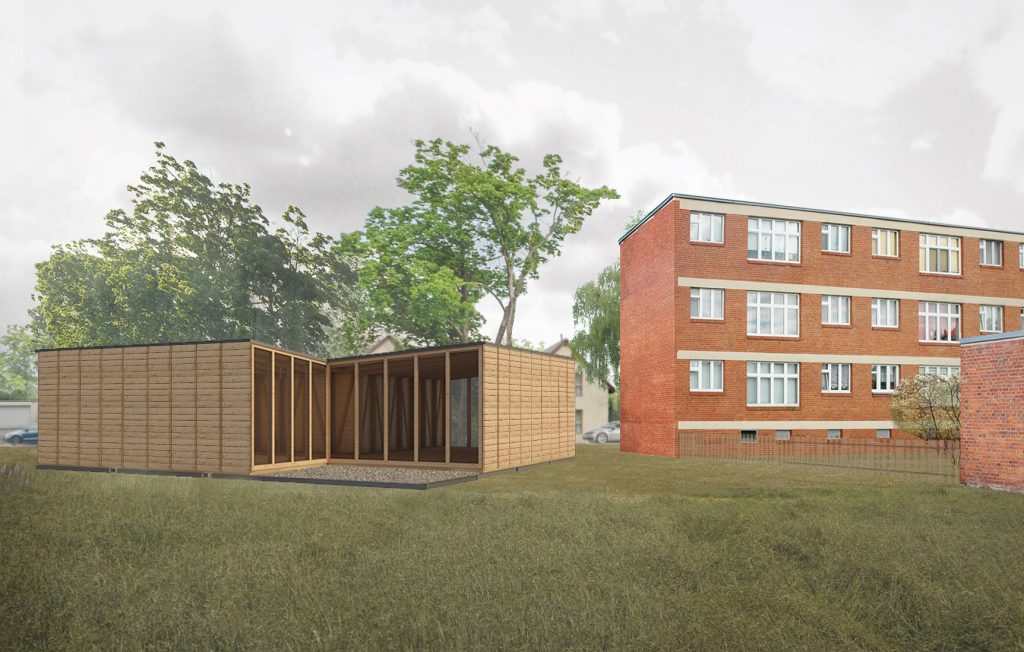 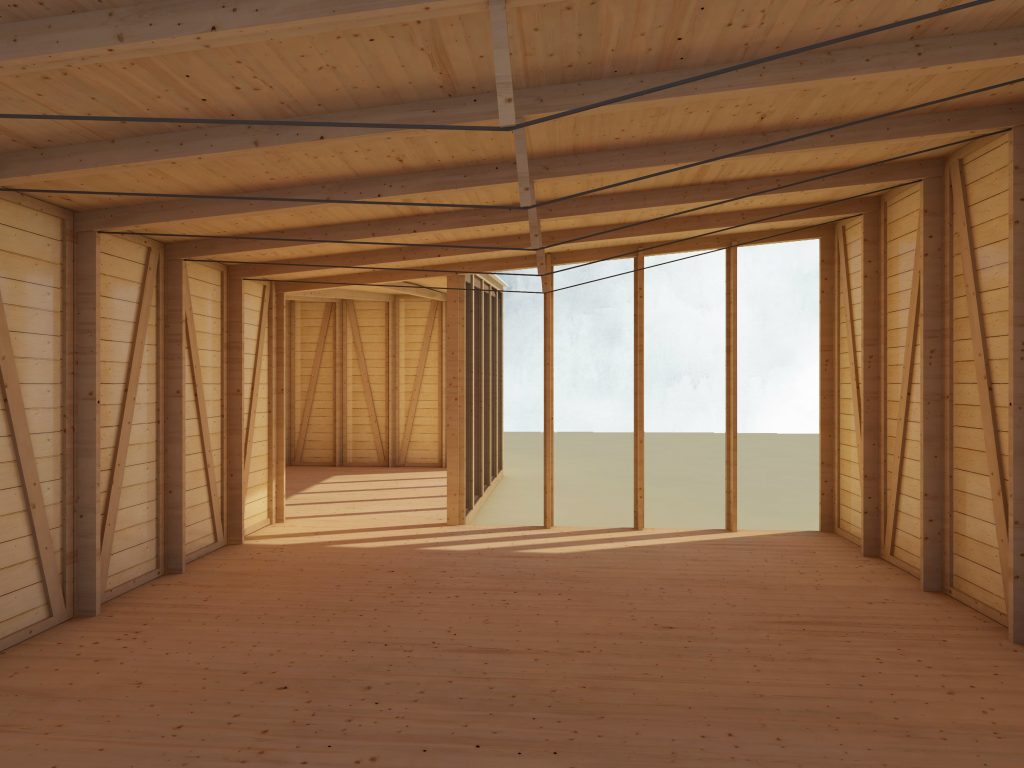 Visualizations of the "Reconstruction". July 2019.

A project by the University of Kassel in cooperation with constructlab, the Anhalt University of Applied Sciences, the Werkbund Sachsen-Anhalt and the company Wilkhahn.