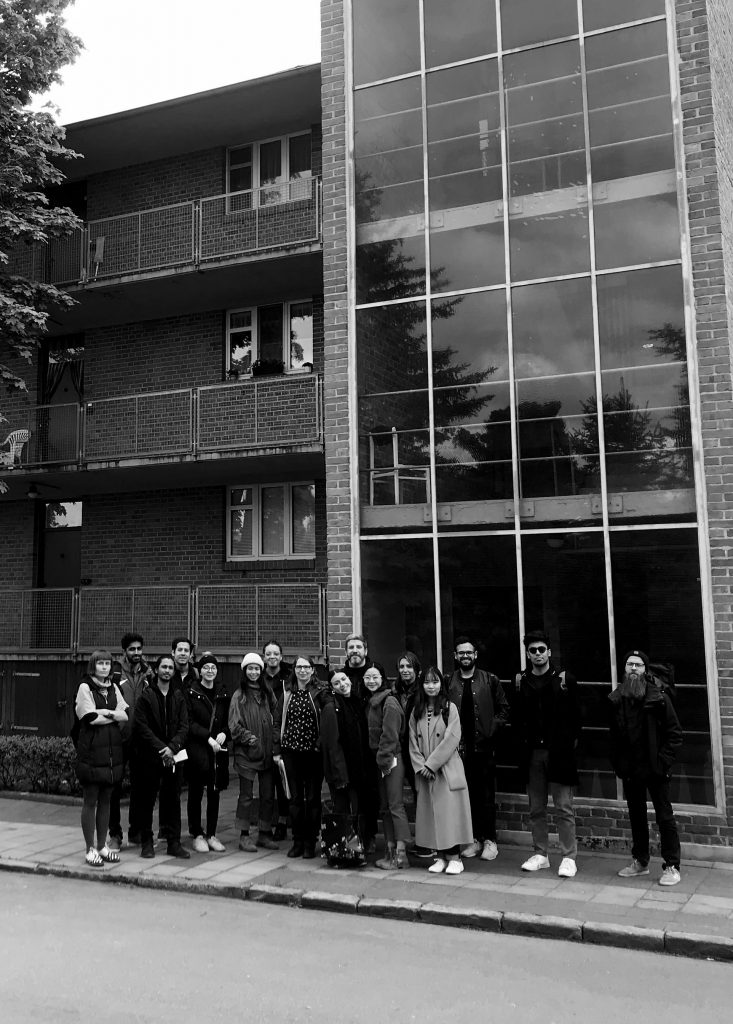 The aim of the work is to restore the building-time surfaces of all construction and built-in parts of the five pergola houses. On site, the diploma student will record the color, the texture, the structure and the texture (= factory mark / indications of the type of craftsmanship) for each surface.

The work on the object is carried out with the help of a scalpel, magnifying glasses, daylight lamps, NCS color fans and UV radiation. The results are compared with the primary sources from the archive (hist. Photos, building-time invoices / cost offers), photographically recorded and processed on the PC. On the basis of samples taken, the composition of the materials is subsequently determined in the laboratory for a large part of the coating materials and also for the mortars used in the construction, in order to know in the future the „recipe“ for suitable repair materials.

The results of the examination of the inventory in the museum dwelling deviate from what has been presented since the 1990s for the interiors as a construction-time version. The construction period design was in all likelihood simpler. Final results will be available in September 2018.

Among other things, the results will be used in the redesign of the model apartment on Peterholzstraße 40 (planned to be completed by the end of 2018) planned by the Bauhaus Dessau Foundation.

A five-member team of university teachers, two academic staff members and one academic and one student assistant researches the planning, construction and use history. Among other things, influences, authors and other participants are identified here, as well as the original condition of the buildings and the structure and structure of Bauhaus theory under Hannes Meyer.

Source material from over 20 archives in Germany, Switzerland, Denmark and the USA was procured and its evaluation started. Four residents of the arcade houses, some of whom have already spent their childhood there, were interviewed, room books and photo documentation of three of the five arcaded houses were created. In March a three-day international symposium on pedagogy by Hannes Meyer was carried out, the results of which will be published by the end of the year in the series Bauwelt-Fundamente.

The realization of the 5 arcaded houses in 1929/1930 was part of an overall planning for a mixed development, which provided for ¾ apartments in a compacted, single-storey flat construction. The research carried out by the University of Kassel demonstrates, among other things on the basis of diploma certificates, that this conception goes back to the Bauhaus teacher Ludwig Hilberseimer, who gradually developed it from the end of 1928 on the basis of an idea of ​​social mixing and choice of ways of living at the Bauhaus. 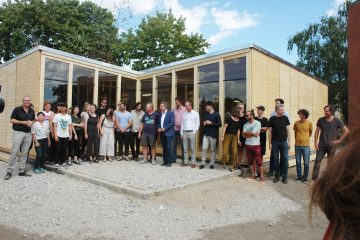 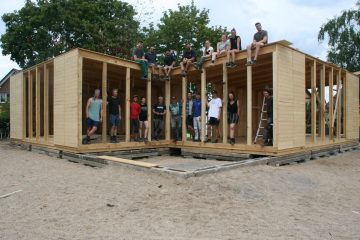 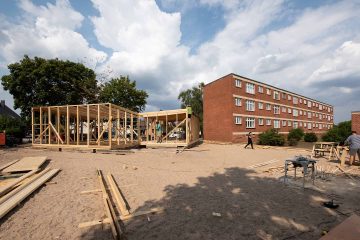